The Ithacan State Archive is of great significance not only to islanders, but to all of Greece and the Mediterranean. Compared to the poor archival collections in other parts of Greece, the local Ionian archives contain an excellent record of the formation of modern societies in the Mediterranean under successive colonial regimes. The archive holds a large collection of official records from the Venetian administration dating to the early 1600s, and extensive records covering revolutionary French rule (1797–9), the Septinsular Republic (1800–7), French imperial rule (1807–9), and the British period (1809–64). 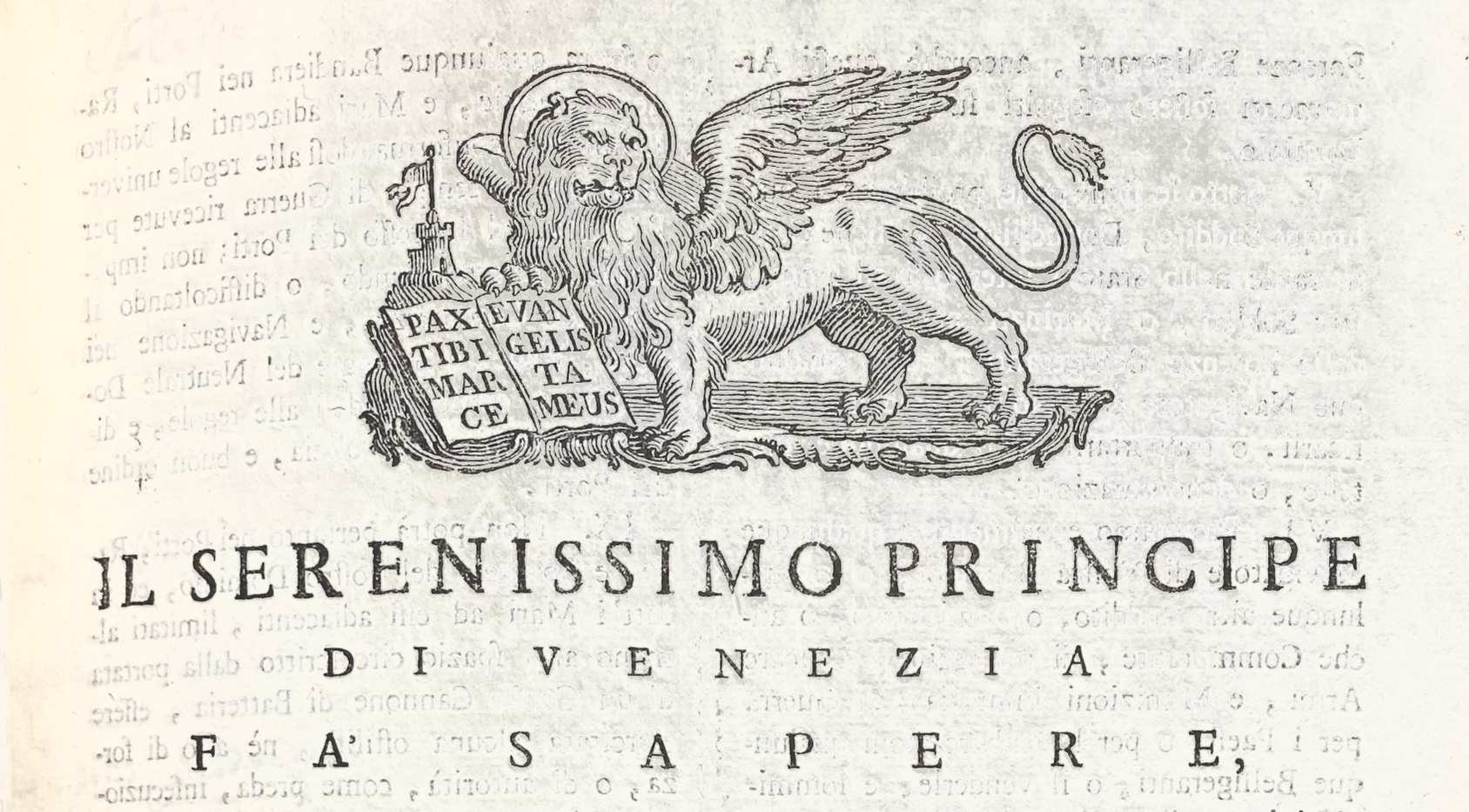 “The Most Serene Prince of Venice makes it known…”

Over the past few months the Ithacan Historical Society has been working to secure support for the historical archive at Vathy, Ithaca (officially now known as the ΓΑΚ Ιθάκης, or General State Archives at Ithaca). Following the reopening of the archive in late 2021, the IHS was keen to renew its relationship with the archive, having supported it in the past yet unable to do so in recent years owing to the archive’s long closure. The President of the IHS made contact with the newly appointed head of the archive Mr Christos Miaritis, who welcomed the Society’s offer to collaborate to improve the condition of historical records at Ithaca.

During the first half of 2022, the Ithacan Historical Society (IHS) Committee member Kyriaco Nikias as representative of the Society worked with Mr Miaritis in Vathy to identify areas of urgent need at the archive. Years of inadequate funding, together with the long-term closure of the archive, have left sections of the collection in need of intervention to ensure the preservation of documents. A proposal was made to the IHS which emphasised the need to prioritise the oldest and most fragile sections of the archive — particularly the Venetian and early 19th century collections. The IHS Committee approved a first tranche of support to the value of almost $5,000 AUD to purchase archival supplies consistent with professional standards. These supplies included boxes for safe storage, document sleeves and archival paper for interleafing, and appropriate equipment for the public reading space. Mr Miaritis has since made prompt use of these materials which have allowed the archive to improve its conservation practices. The IHS is proud to have made this first important contribution to the improvement of the archive at Ithaca, and looks forward to planning future initiatives to extend further support to the archive. In July the President of the IHS visited the archive and was thrilled to see the fast and enthusiastic implementation of the support package. Mr Miaritis was presented with copies of HIS and IPS  publications for the archive’s library.

The IHS continues to discuss further possibilities to assist the archive not only to preserve its invaluable collection, but to promote public interest in these unique records of life in centuries past. 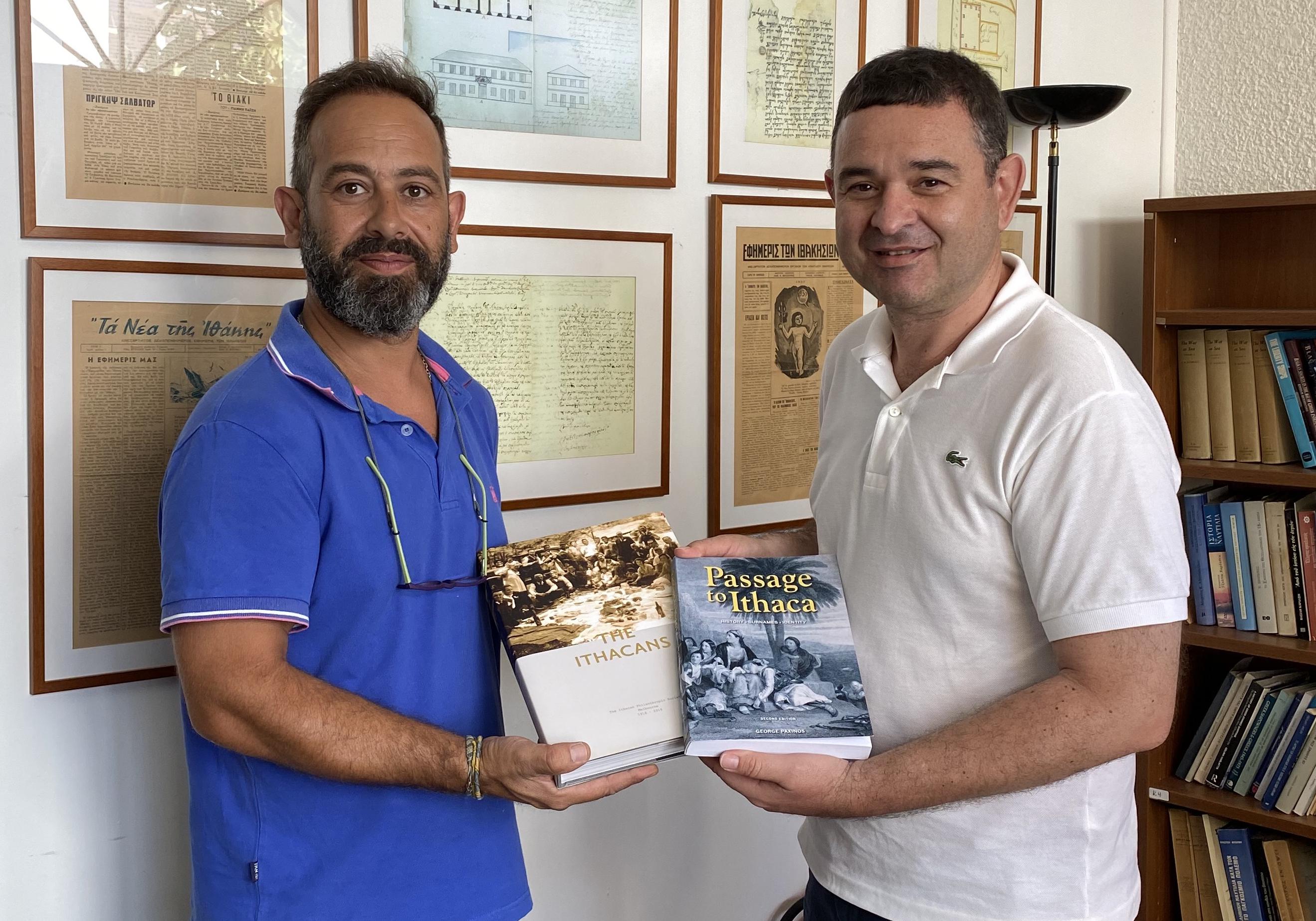 IHS President Peter Raftopoulos presenting Mr Christos Miaritis with copies of IPS and IHS publications for the archive’s library.
Pictured below are recent photos from the archive including examples from its invaluable collection. 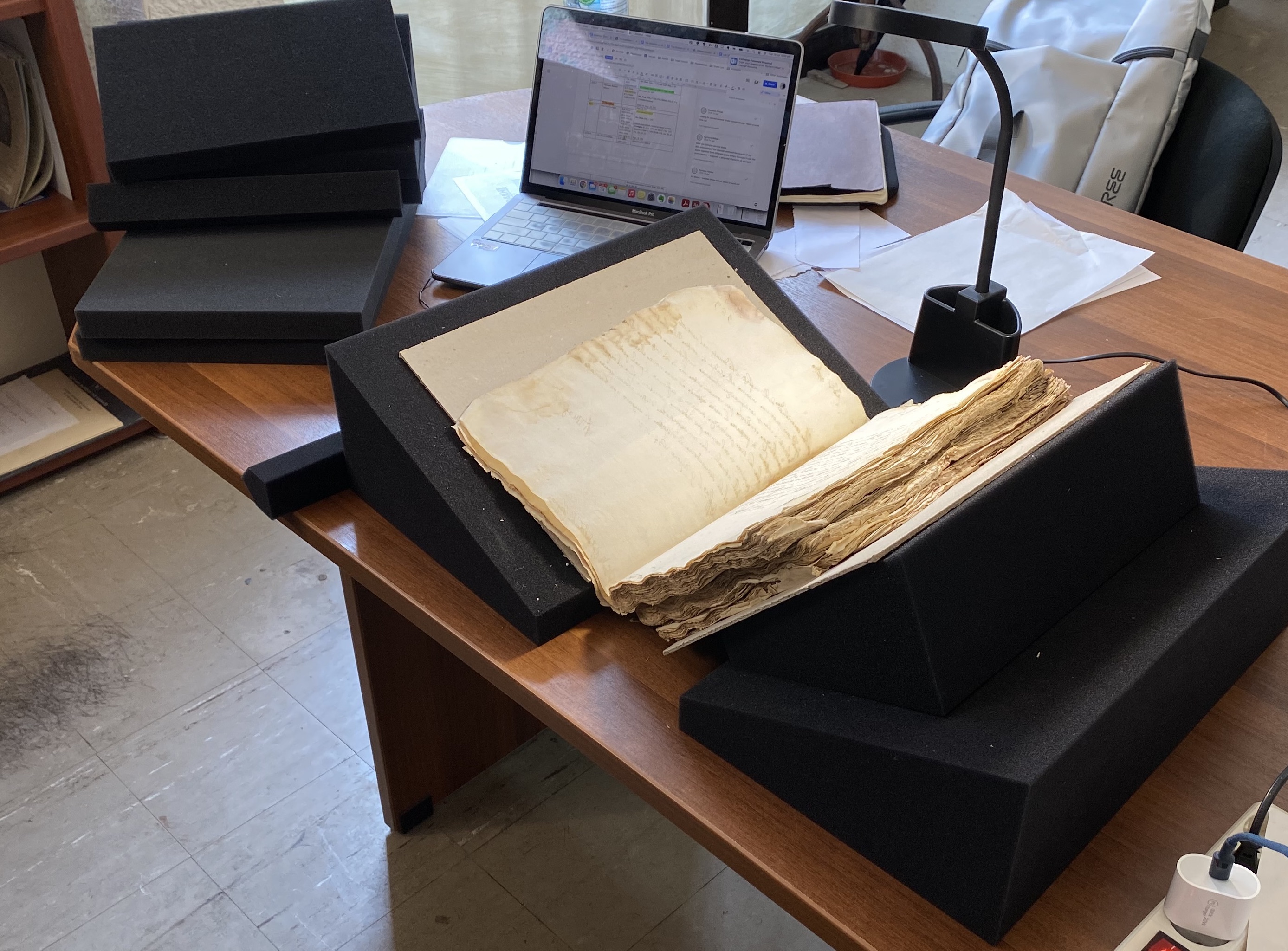 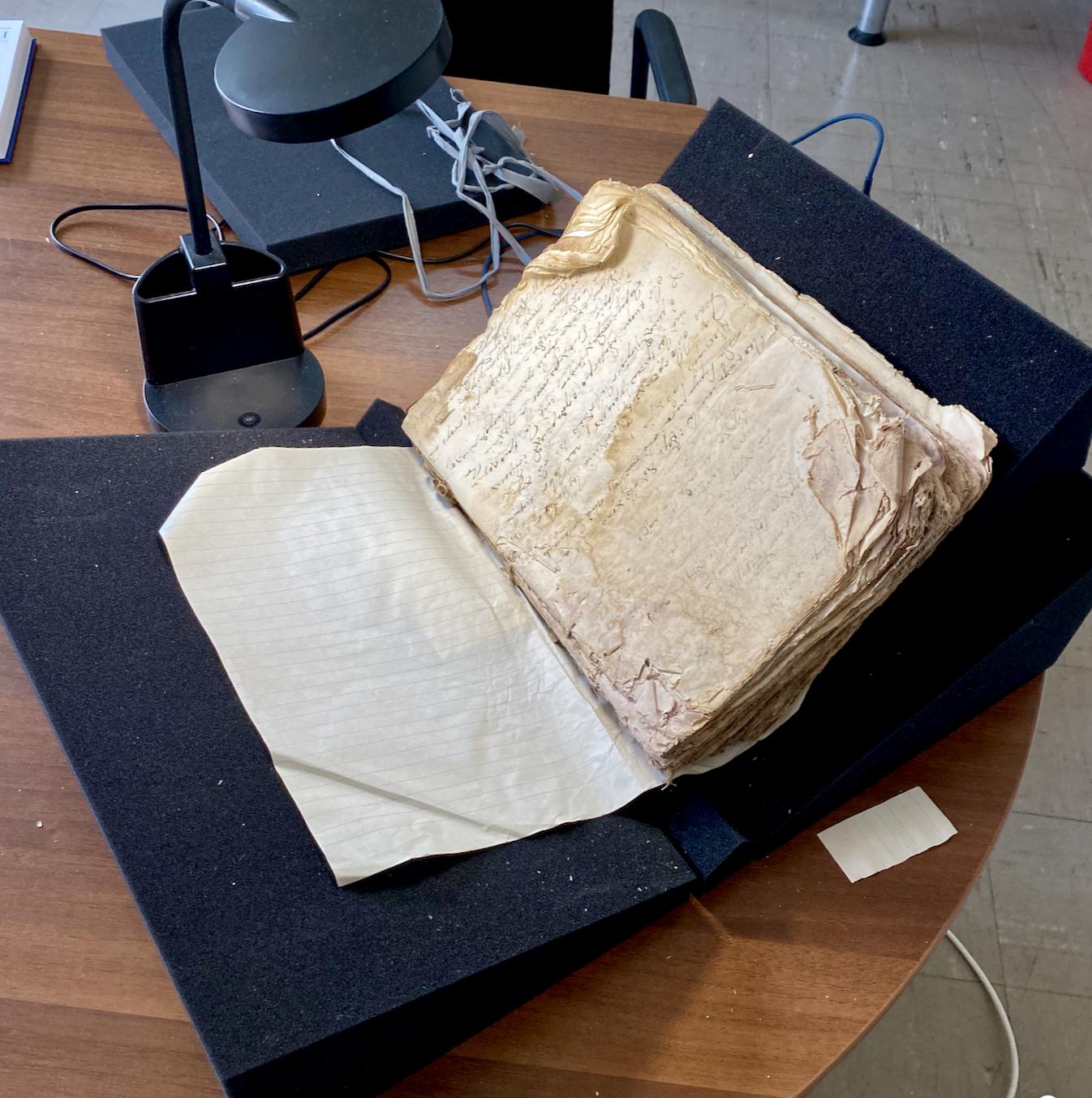 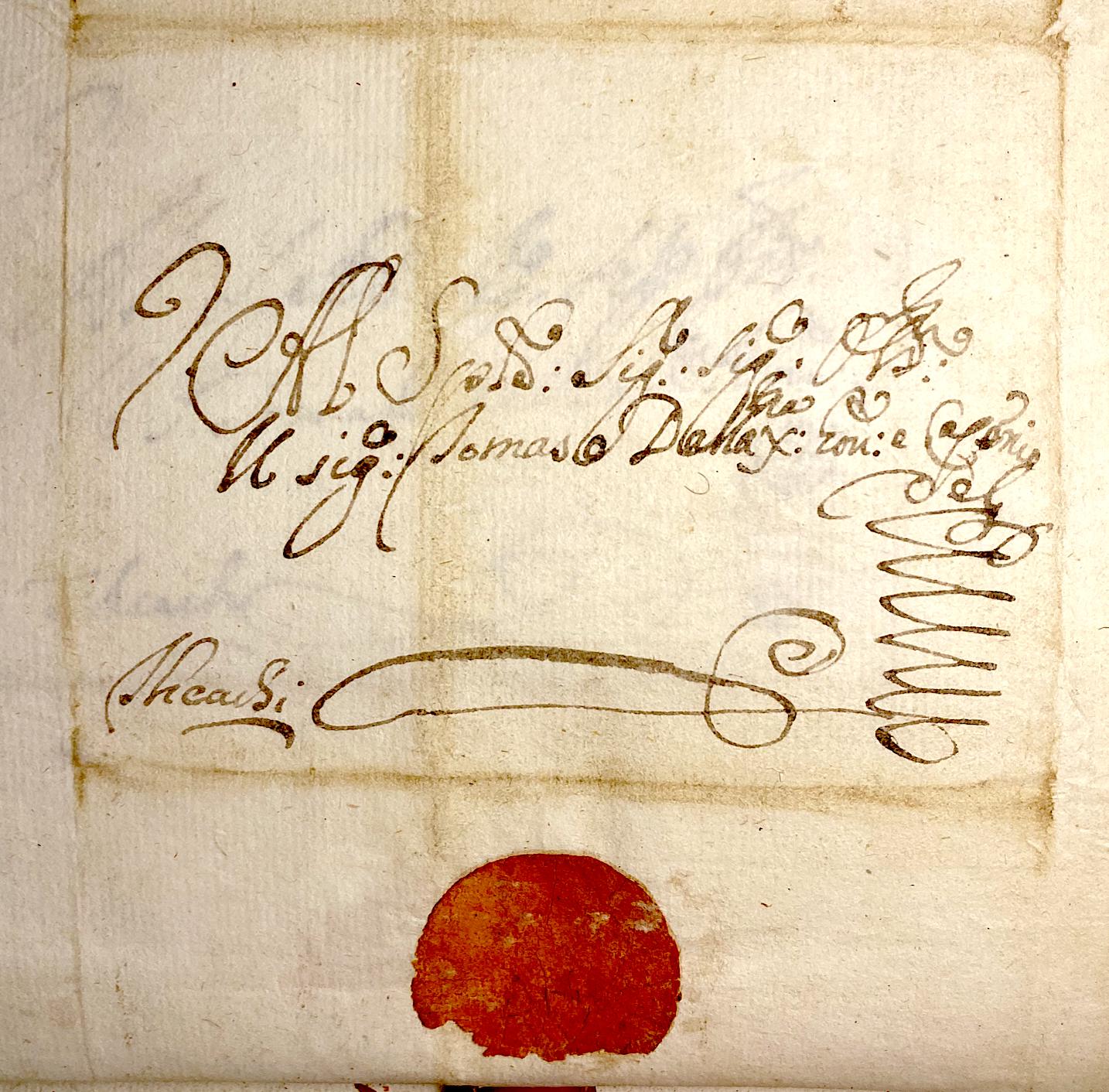 Detail of an envelope bearing the title of the Venetian governor Tomaso Dalladecima (1683), containing correspondence from the provveditor of Cephalonia. 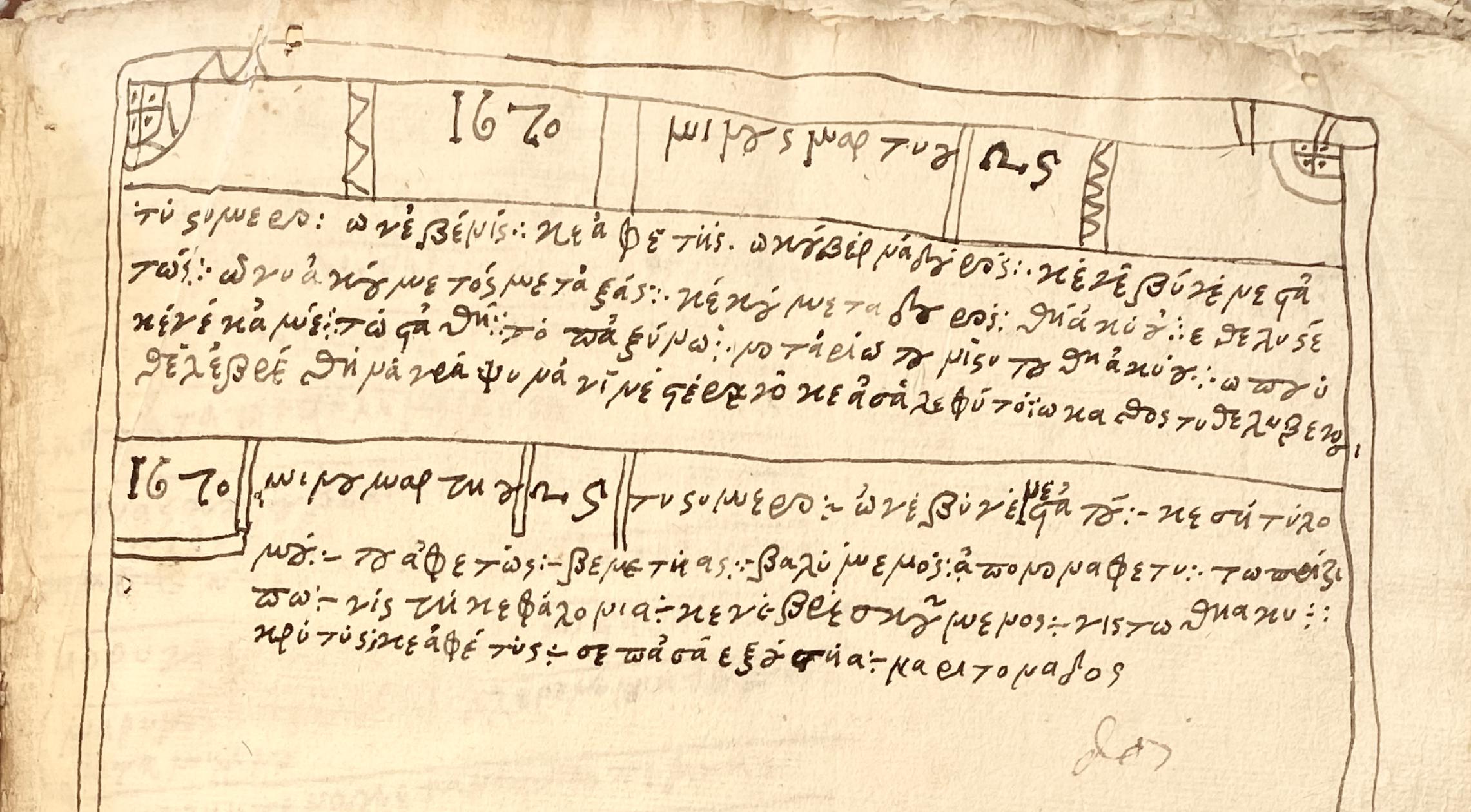 Detail of an entry from the notarial register of Stathis Paxinos (1670) recording his appointment by the Venetian governor Giovanni Battista Metaxà. 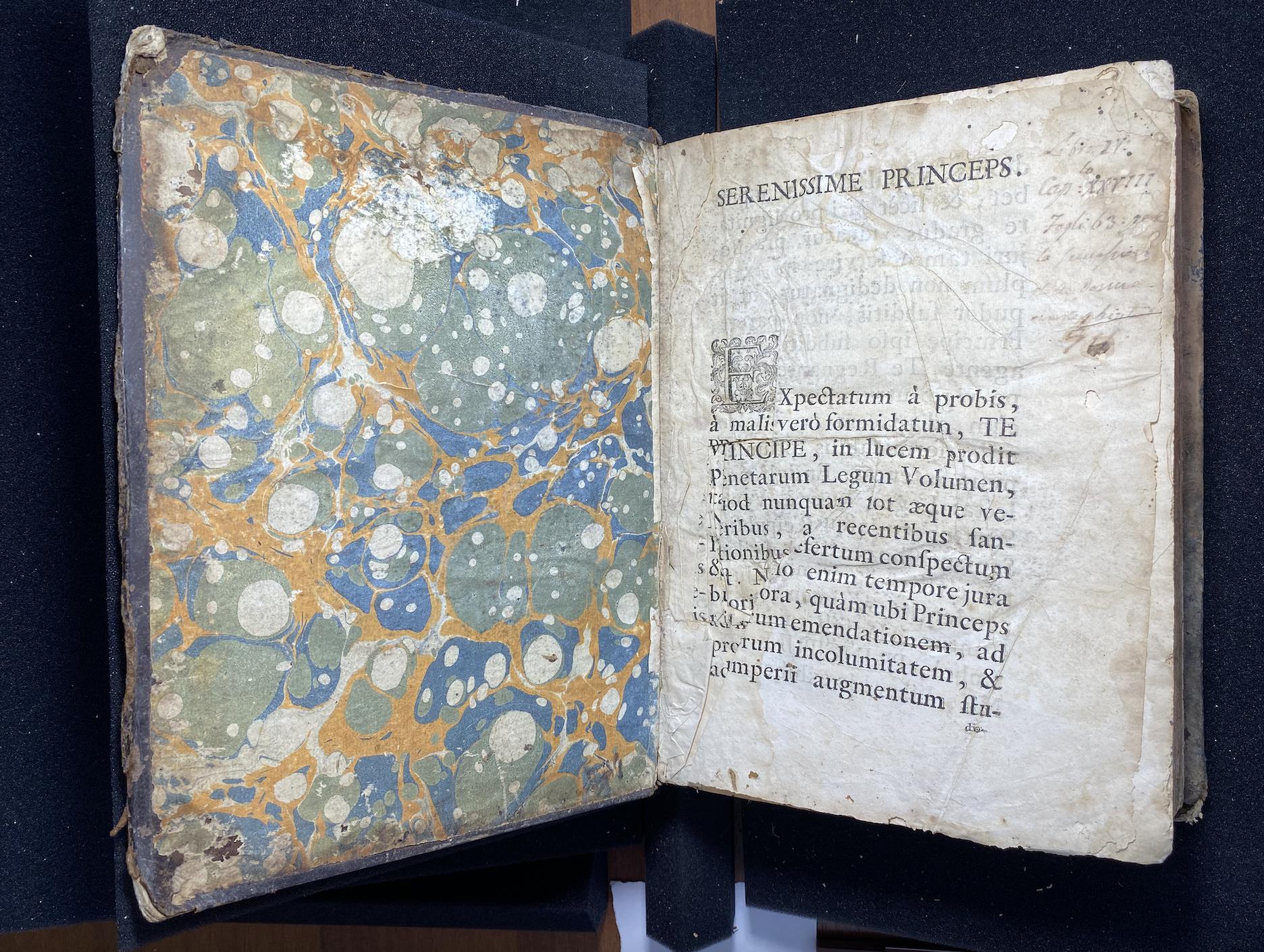 An edited compilation of Venetian laws from the office of the governor of Ithaca, printed in Venice in 1721. 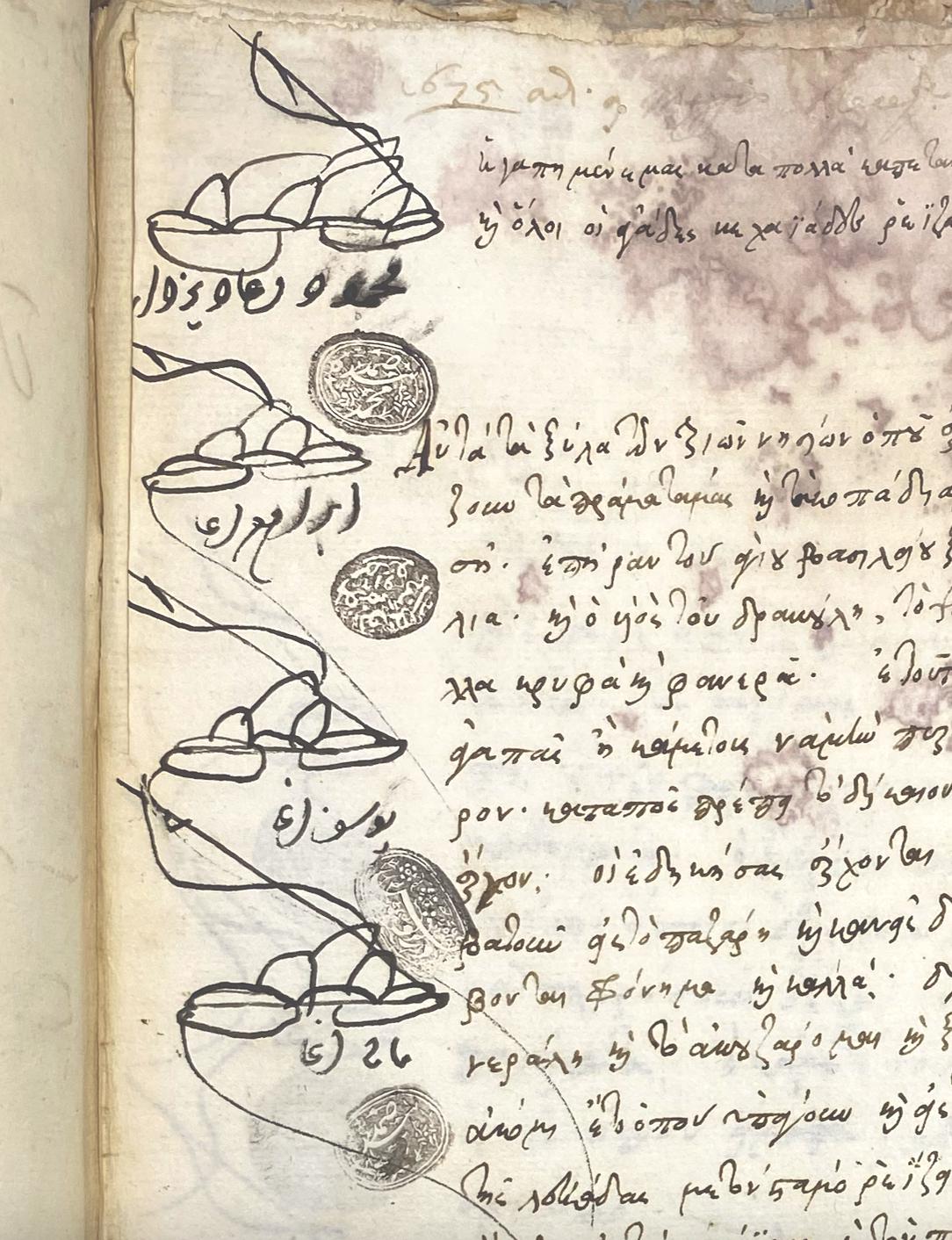 Detail of correspondence sent by Ottoman officials from mainland Greece to the Ithacan governor in 1675, bearing calligraphic signatures and stamps.
Family trees drawn for the purpose of determining inheritance, from the records of governor Zuanne Loverdo (1779). 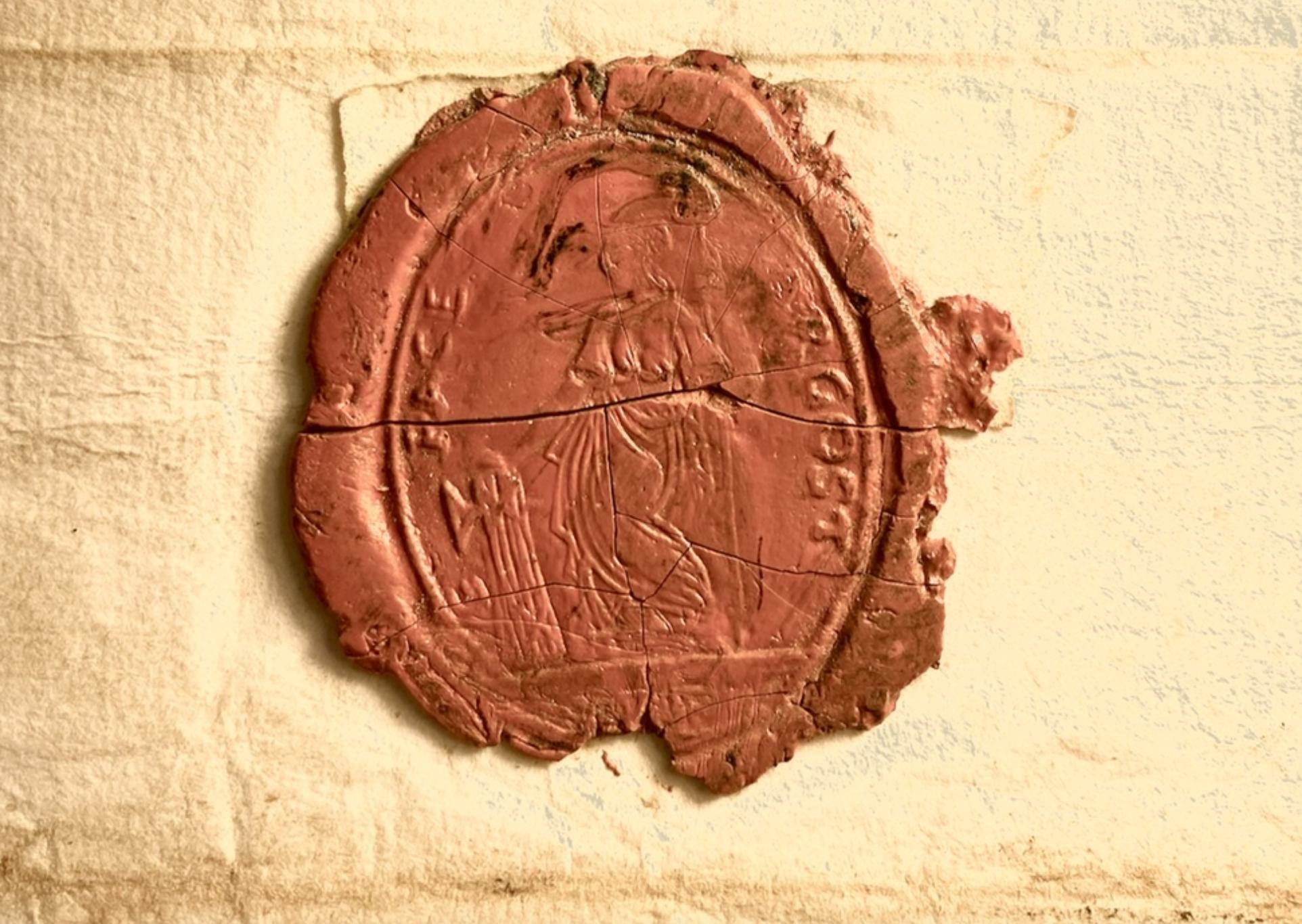 Wax seal on an envelope containing correspondence from the period of revolutionary French rule (1798).