From Ithaca to Narrabri, to settle, raise a family and own a business

Narrabri has many interesting identities in its history who helped build today's community through their business and social contributions. Recently, the name of the late Mr. George Colyvan was raised in The Courier. Mr. Colyvan was a well known local businessman who, many believe, was the creator of the 'choc-top' icecream! The Courier invited his family to recall some of Mr. Colyvan's story for our readers. (From The Courier 9/2/06) 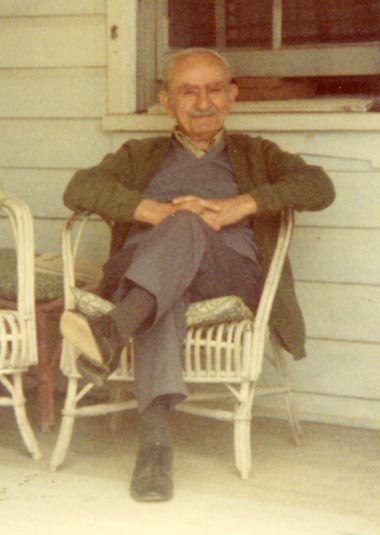 George Colyvan (pictured above) was born in the village of Kioni on the island of Ithaca, Greece, on July 25, 1899.

He was reared by his mother and maternal grandparents as his father had migrated to Australia.

George went to school until the end of sixth class then his father sent for him to come and work for him in Perth.
While in Athens, George said he could remember looking down from the balcony of his hotel and seeing some men - then he was told they were Russians.

He was amazed as he had always heard the Russians referred to as 'bears' and had no idea they looked the same as everyone else.

He left Greece on his own on the ship 'Yara' arriving in Fremantle on January 3, 1913 — the trip having taken 44 days

George worked for his father for a few years and then worked for four years as a cook for the Parers (parents of the famous Australian war photographer, Damien Parer) in the Government-owned Terminus Hotel in Darwin.

While in the Northern Territory, George also worked for his uncle in salt harvesting from the ocean.

This entailed channelling the seawater when the tide came in to ponds which were then blocked off, and as the water evaporated, salt was left to be bagged and sold to Vesty Brothers for their meat works.

While still in Darwin he witnessed Ross and Keith Smith landing after their epic flight from England in 1919.
In fact, a photo of that landing, featured in a subsequent book on flight as well as in the first episode of 'Wings Over Australia' which was shown on ABC TV in 1980, and amazingly, he recognised himself in the large crowd there.

George was fascinated by the marvel of the progress of flight (which was in its infancy) and every opportunity to go on joy-flights (bi-planes then) was seized upon.

In 1918, the people of Darwin rebelled against the Administrator, Dr J.Gilruth, and marched on Government House where they kept him prisoner. Maybe this is where George's life long love of politics started!

He left Darwin by ship and on arrival in Brisbane, he recalled noticing a large sign with QANTAS written on it, but it wasn't until years later that he knew what this now iconic acronym stood for.

George continued his travels, working for several years in various cities and country towns, one of which was Narrabri where he was employed by the Aroney family at the Crystal Palace cafe in 1921 for 12 months.

In 1931 he went into business for himself in Armidale.

Here he married Hilda (Cassandra) Hollis-Neath whom he had met when he worked in Mullumbimby. 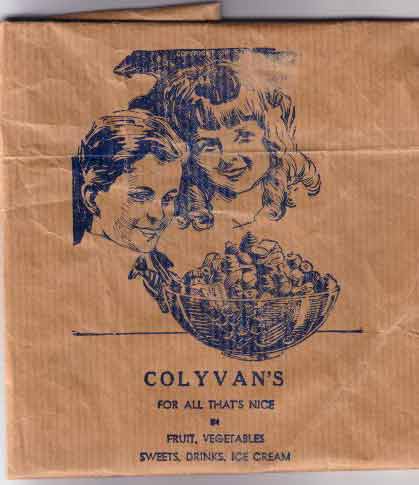 They had seven children - Katina, Andrew, Jason, Thalia, Nestor, Gregory and Leander (the latter having died in infancy.)

In 1948 George purchased a fruit shop in Maitland Street, Narrabri from the Mead family, his family residence at 111 Balonne Street.

It was in 1949 that he started the hand-making of chocolate-coated ice creams, a first for Narrabri and which proved to be very popular.

His son-in-law, Noel Baker said he remembers hearing about them when he moved to Narrabri in May 1949.
George's children, when older, helped out in the shop on occasions, mainly at interval from the Roxy and Strand picture theatres opposite the shop.

These were very busy times as 'going to the pictures' was one of the main pastimes in those days.

The Colyvan family were all able to make their father's famous confections, but George prided himself on his skill as the principal chocolate ice cream maker.
He noted that in the 28 years of business in Narrabri, he had served a second generation of children with this type of ice cream.

Apart from these, George also made fresh fruit drinks and fruit salad ice blocks, all of which were a feature of his business.
When Greg was working full time at the shop, one Sunday, 45 gallons of fruit drink-was made - all the fruit being squeezed by hand then!

An interesting anecdote told by George, was that of one of his regular customers, Iver Janes, who, every day on his way home from work at The Courier, used to stop for a milkshake before buying a ? pound block of Cadbury's milk chocolate to take with him. George, who was always interested in statistics, calculated the amount of chocolate that Iver bought over the years and considered it to be something of a record!

George never held a driver's licence, but rode his bicycle to and from the shop every day for years.

He worked very long hours, not finishing until both the picture shows were over for the night.

George retired in 1976 having sold the shop to Mrs. Gladys Thomas, coincidentally in the same week as he bought it 28 years previously.

He was a naturalised citizen of his adopted country and always believed in community participation, having held office-bearer positions on the P and C of his children's schools both in Armidale and Narrabri.
During World War II, he served as an Air Raid Warden in Armidale, an important role in those uncertain times in our country.
Despite the level of his formal education in Greece, he was a self-educated man, whose command of the English language - both oral and written - was reflective of his life-long interest in learning.
He was an avid reader, keeping up to date with current affairs, both local and international, and there were many people in the town who could attest to having intellectual discussions with him over the years.

It can therefore be said that he led a long and honourable life of devotion to his family, community and country.
This piece was written by Katina Baker and Thalia Phelps, daughters of George Colyvan.