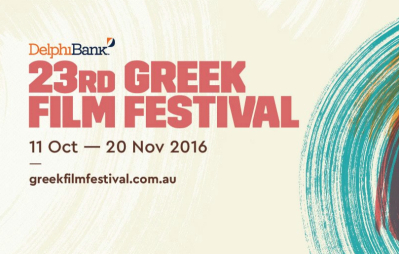 The annual Delphi Bank Greek Film Festival which commences on 12th October is one of Melbourne's most eagerly anticipated events for the many Greek Australians interested in film and culture.

As we celebrate our 100 years as a society in Melbourne, this year's Festival is especially significant for the Ithacans of Melbourne. As part of the Festival, the Greek Australian Short Films Festival (GASFF) will feature the film documentary,'Out of the Earth' The Life and Times of A J J Lucas, produced for the IPS Centenary Opening event in March this year. The documentary chronicles the extraordinary life and times of A J J Lucas, our founding president, a businessman, philanthropist and prominent member of the Greek community in Victoria.

The short film, directed by Katrina Lucas, the great granddaughter of A J J Lucas, will be screened on two dates: Thursday 13 October and Sunday 16 October, which coincide with our centenary week.

For those entertaining interstate guests, it’s a perfect opportunity to take them along to view this outstanding and moving documentary film.