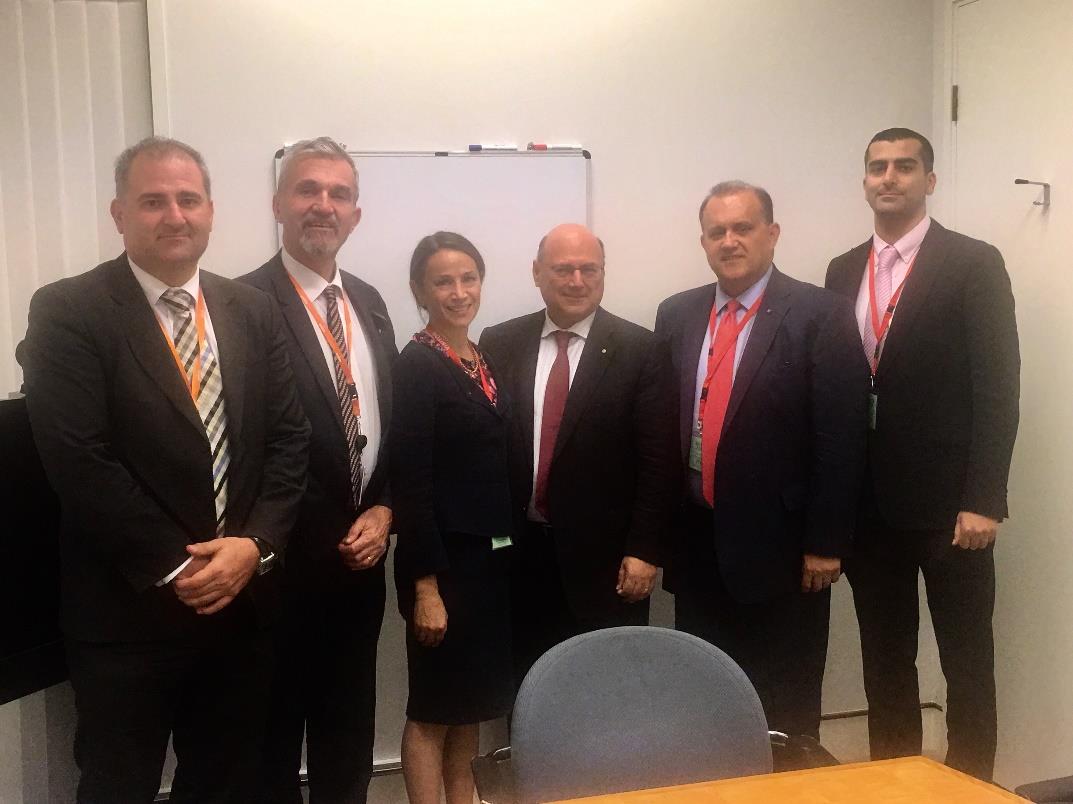 Ms Elly Symons, a member of the Ithacan Philanthropic Society Board, visited Canberra last week representing Victoria for the Australian Hellenic Council (AHC).
The AHC was accompanying Mr Nick Larigakis, a full time lobbyist from the American Hellenic Institute who was in Australia for a lecture tour and also to lobby our parliamentarians.
Mr Larigakis is an expert in the Eastern Mediterranean and has spent 30 years in Washington lobbying the US government on important Hellenic issues including the Cyprus problem, the naming of FYROM and Turkey and Greece's NATO obligations.
The delegation had excellent meetings with Federal MPs from both sides of the political spectrum.
The AHC appreciated the opportunity to brief both Senator Sinodinos and Penny Wong's senior foreign affairs advisor and met with Alex Hawke and Julia Banks, who are Hellenic Australians.
The Hellenic Republic Ambassador and the Cyprus High Commissioner also welcomed the delegation and briefed us on their respective current foreign affairs issues.
The Hellenic Club in Canberra hosted a lecture and dinner and enthusiastically pledged support for the future work of the Australian Hellenic Council.
Mr Larigakis then arrived in Melbourne where Elly coordinated his itinerary and accompanied him to meetings with State Ministers Jenny Mikakos and Philip Dalidakis who both appreciated the briefing Mr Larigakis was able to provide on the situation in Turkey in the region and the role the US can play in assisting Greece and Cyprus and also enforcing the responsibilities of Turkey to the NATO alliance.
Mr Larigakis gave an informative lecture at the Greek Centre to a packed house including members of the IPS board and completed his Melbourne tour with a dinner presentation at the Cyprus Community of Melbourne who showed great appreciation for his strong advocacy for a just solution to the 43 year old Cyprus problem.
Elly thoroughly enjoyed her week at the cut and thrust of Australian politics and was delighted to see so many members of the broad Australian Hellenic community engaged with and interested in issues which affect Hellenism.
Elly also felt heartened to see Hellenes participating in public life, voice their concerns and play their part in the democratic process.
Photo (l-r): George Vellis, George Vardas, Elly Symons, Senator Arthur Sinodinos, Nick Larigakis and Michael Christodoulides