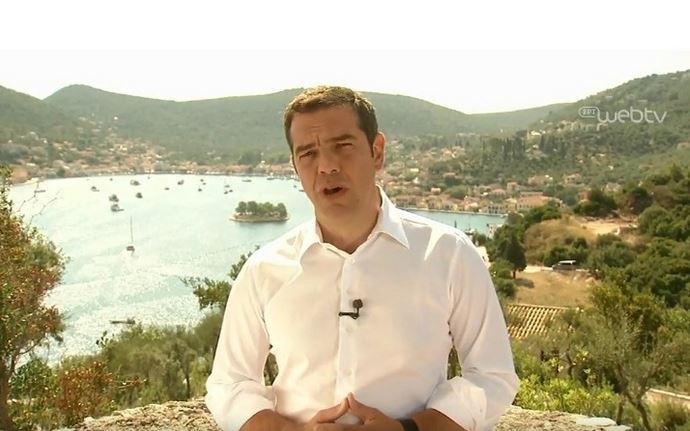 “Today a new day is dawning in our country, a historic day. The bailouts of recession, austerity, recession and social desertification are finally over,” Tsipras said.

“Ithaca is only the beginning,” he added. “We will never forget the causes and the faces that led the country to the memorandums,” he said, warning that “new battles lie ahead.”

Tsipras said that the modern “Odyssey” that Greece went through since 2010 has come to an end, that “the era of bailouts has finally ended” and “our country regains its right to define its future.”

The Greek PM's choice of Ithaca had a symbolic meaning. It is the very island where Odysseus returned home from the Trojan war after the 10-year voyage recounted by Greek classical poet Homer.

“Ithaca will once again be identified with the end of a modern-day Odyssey (that was) very difficult for the Greek people,” he said after arriving on the island.