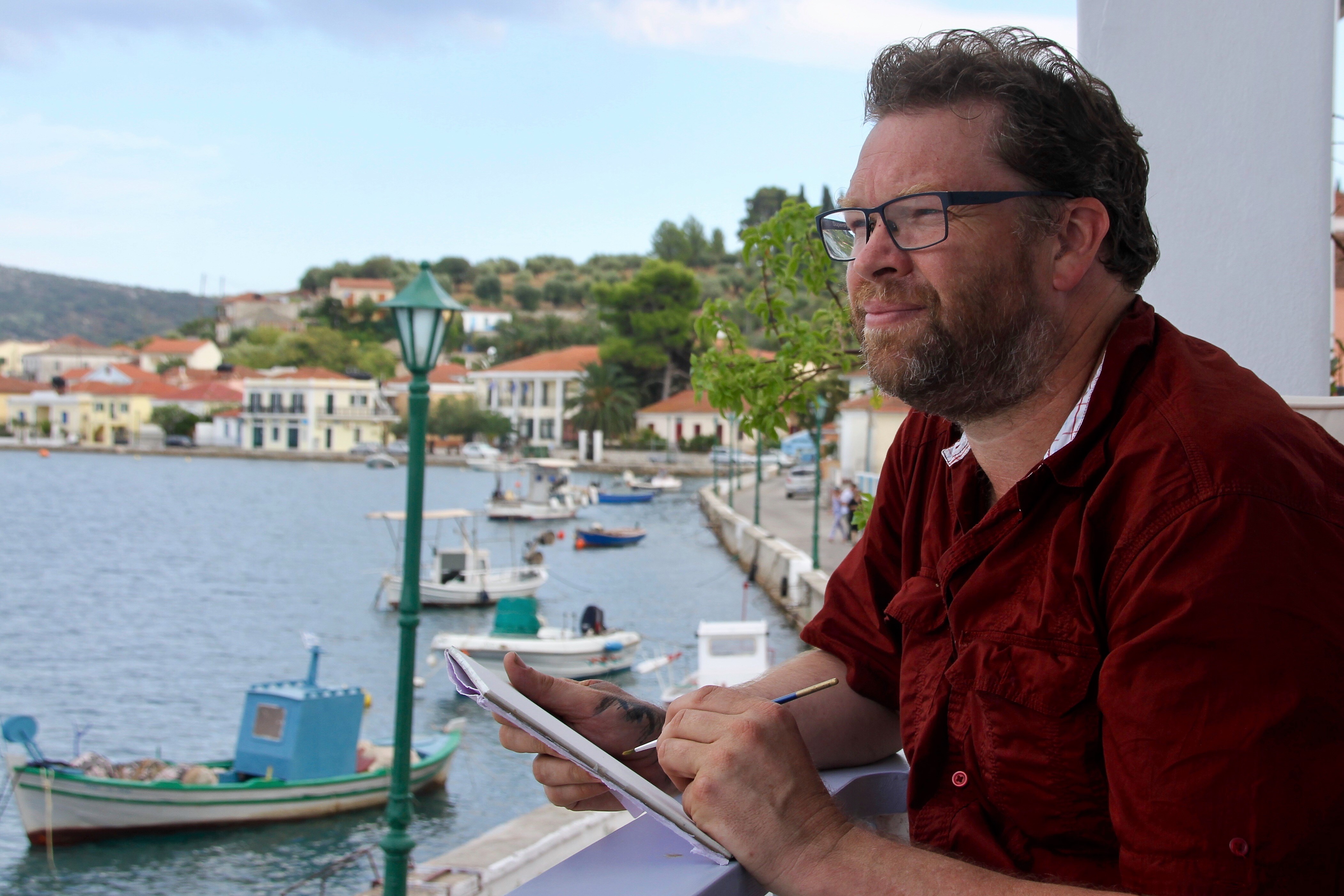 It's great to see IPS Centenary donations to the Primary School in Northern Ithaca and High School in Vathy being put to good use. Part of the monies was used to purchase art supplies for workshops conducted by Victorian artist Jason Roberts.

While on Ithaca in 2017, Jason volunteered his time to run two workshops in Lefki. The first workshop was outdoors with students sketching local scenes and landscapes.The second was a still life workshop held indoors at the Lefki Morfotiko Kendro where Jason demonstrated still life drawing techniques. The students were very appreciative of the opportunity to develop their creative skills as they do not have access to art classes at school.

The Society is delighted to be featuring Jason Roberts' artwork in the Silent Auction at this year's Annual Ball. A catalogue of works to be auctioned can be viewed at https://ithaca.org.au/events/292-2017-ips-annual-ball-silent-auction

The gallery will be open Monday to Friday and the weekends from 10.00 am-4.00pm.

For more details visit www.gacl.com.au or email This email address is being protected from spambots. You need JavaScript enabled to view it. 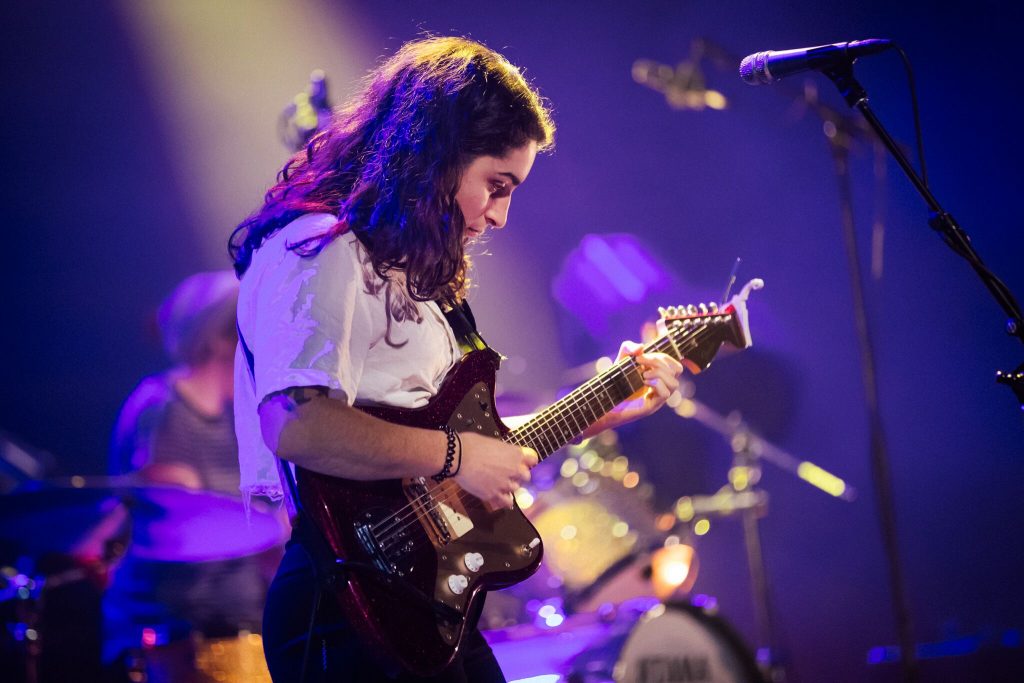 On the 26 of May, at the Sydney Opera House, Georgia McDonald, one third of Melbourne band Camp Cope performed in two sell out shows for the Vivid Sydney festival of light, music and ideas. Georgia McDonald is the daughter of Anna Paxinos and the late Hugh McDonald and the granddaughter of Georgia and Peter Paxinos.

This popular festival has grown into the largest of its kind in the world. It is famous for its cutting edge contemporary music program, some of the world’s most important creative industry forums and an outdoor ‘gallery’ of extraordinary lighting sculptures including the spectacular illumination of the Sydney Opera House sails.

Camp Cope, an alternative indie rock band, was formed in 2015 and the group consists of Georgia ‘Maq’ McDonald singer and guitarist, bass player Kelly-Dawn Hellmrich, and drummer Sara ‘Thommo’ Thompson. The performance was reviewed in an article that appeared on the Moshcam Newsletter. 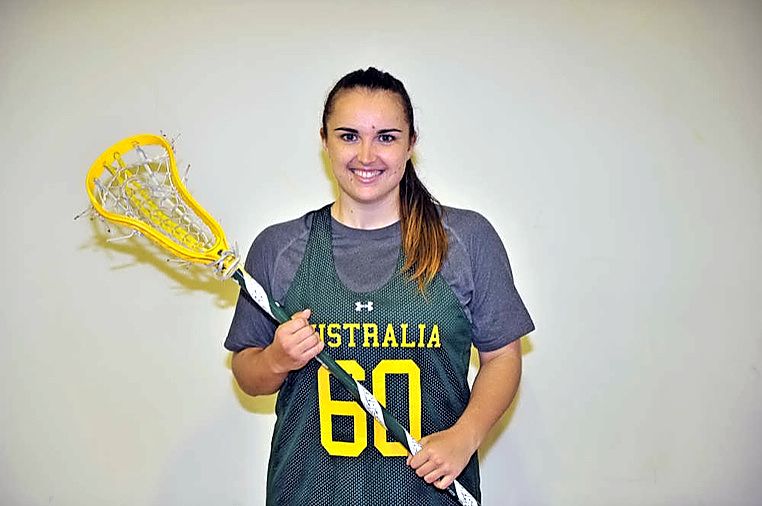 Newport co-captain, Hayley Sofarnos, will don the green and gold jersey for the first time in ten years as part of the national squad that will compete at the Women’s Lacrosse World Cup in England in July 2017. The last time Hayley represented Australia on the internationalstage, she was just sixteen, and it was the
Under-Nineteen World Cup back in 2007. Hayley is the daughter of John and Sue Sofarnos who is a former national lacrosse team coach and will be a Team Analyst at this year’s Lacrosse World Cup. 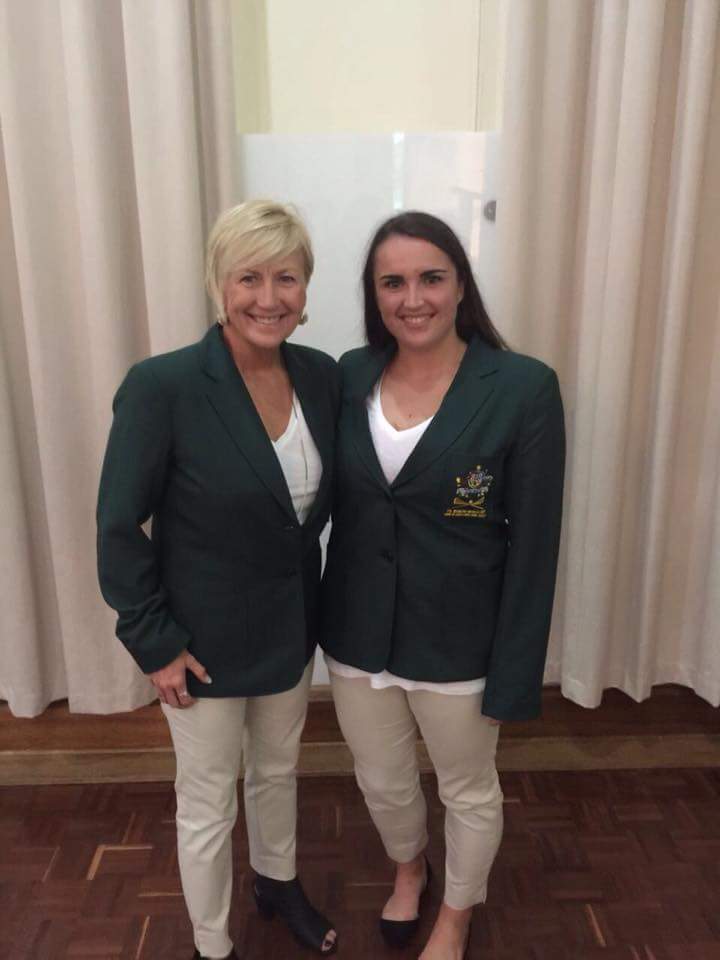 Sue is pictured with Hayley (left) at the World Championship Dinner, held in Adelaide, where they received their team blazers.

Nick Sofarnos and Christina Barcham are very proud of the achievements of their granddaughter Hayley and their daughter-in-law Sue. 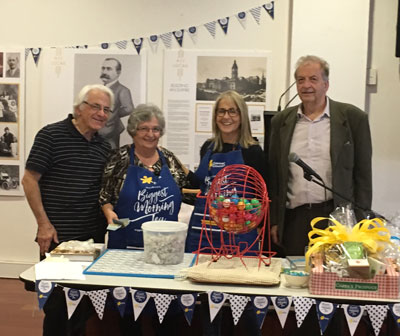 At the clubrooms on Thursday 25 May, the inaugural Australia's Biggest Morning Tea was held together with a session of Bingo to raise funds for the Cancer Council. The clubrooms were filled to capacity with the regular Bingo ladies, plus familiar Ithacan faces and our friends from AHEPA to support this great cause. All of those who attended enjoyed an assortment of homemade sweets including delicious cakes, scones and sausage rolls. Marina Megalogenis even brought some of her famous Rovani which was offered for purchase to raise additional funds. Needless to say, it was snapped up immediately.

We are delighted to announce, that on the day we raised close to $2,500 and the Ithacan Philanthropic Society contributed additional funds to bring the total contribution to $5,000 - a tremendous effort.

We thank Anna Vlass for her initiative to host this worthwhile and successful event, to Loula Koutsouvelis for her assistance with Bingo and to everyone who helped with the organisation both leading up to Australia's Biggest Morning Tea and on the day.